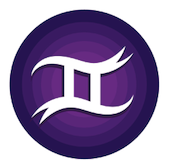 Gemini Kingston Zodiac Walk
The next walk will be into Gemini.
Sunday 31st May 2015
Meeting 12pm Noon for a 3 hour connection/walk.

As we walk we will be connecting to the landscape with the intention of healing the Gemini energy both in ourselves and the land. As well as being a wonderful healing and connection to the land, it is a personal journey for transformation. We shall harness connections to the Earth spirit in the landscape to gain enlightenment and revelations/synchronicity.
At the start of each walk you will have the option to receive a smudging using North American white sage which will cleanse your energy. Sometimes we may use crystals, meditation or cards to support us on our way. At various sites we bless and honour the spirit of place, its guardians and the ancestors who sought sanctuary here over many centuries.
During our walk the intention is to become enriched and energised by the experience and in that process give back healing to the land and its occupants both natural and human.
We are now in our 3rd year of walking the Kingston Zodiac and continue to find new connections as we move through to new levels of personal and planetary consciousness. There will be plenty of time to meet like minded people and connect with nature.
• Bring drinking water, sun protection & umbrella just in case!
• We will be walking on grass and possible muddy puddle pathways depending on the weather, please dress in suitable attire, good walking shoes, trainers!
• The walk will go ahead no matter what the weather conditions are, and bring a bottle of water as we are not always near shops or cafes.

Mercury the planet closest to the sun rules Gemini, the third sign in the zodiac.
It’s symbol of two ones or I’s reflect its dual nature which once well blended and harmonised can produce unity, a positive or alternative way forward.

Mercury the metal has the name of quicksilver, confined as a liquid – allowed to expand, it can burst into multitude of separate globules.
Such is its nature – two seemingly opposite characteristics.
Whilst the planet whizzes around the sun, it revolves very slowly on its own axis.

Gemini people are commonly good communicators, and make good social workers or journalists. The sign has an affinity with Hermes the messenger and has connection with the lungs and elbows of the human body.

Both conscious and subconscious, animal and divine, mortal and immortal, light and dark, Gemini characteristics typify the dual nature of the sign, in a multitude of different ways. The nature of twins crops up in many myths, legends and stories in many themes.
Sometimes assisting and helping or alternatively resisting and fighting against his rival twin.
These suggest guidance towards common benefit rather than working against yourself and others.

Gemini is an air sign, though in the Kingston Zodiac a lot of the area has been artificially redesigned with a number of local water reservoirs, required to supply the daily consumption by Londoners.
Concentrated thought blessing & powering these large water vats for the London populace, could have very significant & far reaching effects if regularly applied and instilled.

The Gemini effigy in the Kingston Zodiac extends from legs extending to Walton in the west to East Molesley in the east, with one of the twins heads held between the two rivers of the Mole and the Ember which form the outline of one of the twins heads around Island Barn Reservoir. These rivers were once named as the Imele and Amele in the past.
The relatively smaller twin is positioned close to Esher in the bend of the River Mole in the wilds of Hersham on Southwood Manor farm lands. The twins appear to link hands where Waynflete, a Bishop of Winchester built Asher House or Esher Place – an episcopal Palace in 1480. Waynfletes Tower, now in private ownership, is the only part that still remains standing- where Cardinal Thomas Wolsey (who had originally built and resided at Hampton Court) was confined by King Henry VIII for a long chilly winter, when he fell from power.
Where the hands link is Waylands Farm
The modern district of Esher had been named Aescaron, Essele and Esshere in the past. Mary Caine held the opinion that the name links with princely Asser, King Alfred the Great’s learned Welsh Bishop, lawmaker and biographer. Asser founded  Walton on Thames St Mary’s church, twelve centuries ago and apparently on an ancient mound, close to Bishops Hill.
Crutchfield Lane heads towards the crutch area of the larger Twin’s effigy. 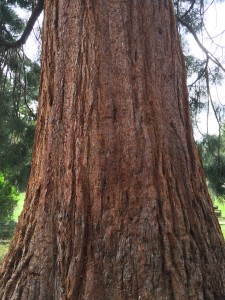 Asser is claimed to have been a member of the South Wales Royal family who had sworn fealty with King Alfred and became entrusted as tutor to King Alfred’s son Edweard or Edward the Elder – the first to be crowned on the coronation stone at Kingston upon Thames.
Ashley Park in Walton contains many oak trees, perhaps a sacred oak grove which may also derive its name from Bishop Asser.
Molesey and Walton come under the Elmbridge Council. This originates from Amelebrigge – the bridge over the river Amele (now Mole), rather than a bridge constructed from, or through, a forest of  Elm trees.

Some of the buildings and estates that  also exist in the region include:-

During the 17th century Civil War between Cromwell and King Charles, an alternative political community group seeking peace and freedom for the people, named the Levellers or the Diggers came to prominence around1647/9 and encamped on St George’s Hill, which is situated on the very extreme of the signs influence at Weybridge, just beyond the smaller and rather hidden twins effigy whose other extended arm points towards the landscaped Painshill Park. The Kings Drive forms the sleeve or underarm close to Whiteley Village which is built in the shape of an octagon surrounding a circle. One of the extended Earthstars lines runs through this classy modern designed village. Seven Hills Road, aligned towards Walton bridge is also nearby which may have referred to 7 ancient round barrows in the vicinity.

Apps Court was an ancient manor, granted to Chertsey Abbey. Situated close to the Thames, it fits closely into the boat effigy of Cancer, which the Gemini twins appear to be travelling in.

Claremont Park with its landscaped lake and mound in Esher, with Victorian royal connections is just outside the edge of the Gemini effigies. Does the smaller twin look towards Claremont and the front leg of Leo’s leg at Claygate?
We will be connecting with the energy of Blue Chalcedony this month, a wonderful crystal with many healing properties.
We look forward to you joining us on this Zodiac Adventure and healing walk, connecting with new friends and old acquaintances.
After the walk we will visit a cafe near the river for much needed refreshment.

We welcome dogs on the walks.

Love & Gratitude
Jo & Trui xx
N.B. The following walk will be into Cancer 28th June.
Disclaimer: Please note you are responsible for your own well being on this walk and Jo Ward/Anthony Charlton are not anyway liable for you.
Facebook Group: https://www.facebook.com/groups/kingstonzodiac