We will be starting the walks again in a few months and will begin a new cycle around the Kingston Zodiac, starting with the Guardian Dog and then into Aries.

First walk for this years zodiac cycle will be in March 2016.

To be informed of the exact date and meeting location, please sign up for the newsletter.

We will be walking the effigy of the Virgo star sign in the Kingston Zodiac on bank holiday Monday which is a lunar day, very feminine and watery.

Carshalton has many ponds and the river Wandle flowing through with many legends linking the divine goddesses Elizabeth I and Anne Boleyn.

The walk will be into Virgo:
Monday 31st August 2015
Meeting 12pm Noon for a 3 hour connection/walk.

We go with the flow of the energy on the day and complete the walk according to the natural flow and synchronicities of the day, rather than an exact time.

Please sign up to the newsletter to receive exact meeting location.

More Information on the walk >> 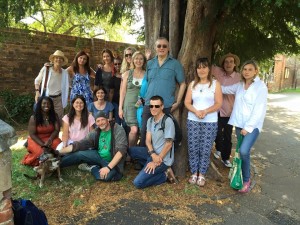 We had a wonderful day walking the Leo energy of the Kingston Zodiac.

The sun was shining and 18 people!

A healing transformative journey and an honouring of cecil the heavenly lion.

Many Blessings on 888, the lions gate.

The next walk is into Virgo and will be on Monday 31st August.

Looking forward to you joining us. 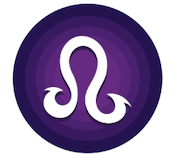 We will be walking the Crown Chakras of the Leo Lion effigy of the Kingston Zodiac on day the Lions gate is at its most open and is numerology 888.
A very powerful day!

We will meet: Please sign up to newsletter to receive location.