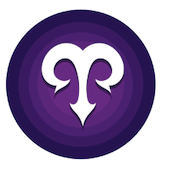 The next walk will be into Aries. 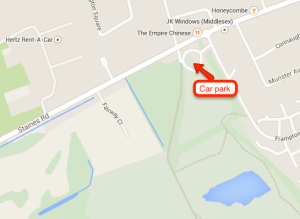 In the car park of Hounslow Heath, Off the Staines Road, Hounslow TW4 5AB
See Map for exact location

• Bring water & umbrella just in case, and wrap up warm!
• We will be walking on grass and possible muddy puddle pathways this time, however please dress in suitable attire, good walking shoes, trainers. Not flip flops! You may want to wear wellies at this time of year!
• The walk will go ahead no matter what the weather conditions are, and bring a bottle of water as we are not always near shops or cafes.

As we walk we will be connecting to the landscape with the intention of healing the Aries energy both in ourselves and the land. As well as being a wonderful healing and connection to the land, it is a personal journey for transformation. We shall harness connections to the Earth spirit in the landscape to gain enlightenment and revelations/synchronicity.

At the start of each walk you will have the option to receive a smudging using North American white sage which will cleanse your energy. Sometimes we may use crystals, meditation or cards to support us on our way. At various sites we bless and honour the spirit of place, its guardians and the ancestors who sought sanctuary here over many centuries.

More Information on the walk into Aries:

We embark boldly on our journey on the circle of the Zodiac as Earth springs into April (hopefully without too many of its typical showers) the first sign of the Zodiac on Bank Holiday Good Friday, the day before the Full Moon.

Aries the Ram, a fire sign is ruled by the planet Mars (the Roman god of war) and relates to the head. Hot headed determination often characterises this sign. This nature needs to be tempered and balanced by cooling air, water, or brought down solidly to earth. However protection also required in case the flame goes out through loss of energy and impetus.

The Ram effigy primarily centered on Hounslow, from where ancient straight roads fan out. The Ram’s figure extends into Whitton, to the border of Twickenham (from the Norse War god Tyw, equivalent of Mars), where we find the Rugby stadium on Aries front leg.
Mary Caine makes the point that the low in Hounslow relates to ancient mounds and Whitton, likely to a Whit-Mound in the past where perhaps ceremonies and meetings took place.
Armies & the military have historically been stationed upon Hounslow Heath with the Hounslow barracks there still. Headstrong Highwaymen carried out robbery, which led to many being hanged on numerous gallows erected along the route of Staines Road on the heath over past centuries.

Iron dominates the area of Heathrow Airport to the west dominating the infrastructure of the area with giant planes of metal landing every two minutes. The first flights to Paris and Australia left from Hounslow Aerodrome. Aries are innovative and determined.

Needless to say the area does not have the best of reputation these days and needs some rejuvenating healing into a scheme of natural harmony.
In the far distant past a sacred landscape had been formed under the site of the Airport, with a long cursus stretching over many miles (similar to that which is still evident near Stonehenge).  Its odd that the layout of the airport almost resembles the Star of David, a six pointed star, with the control tower at its centre. The northern runway was built over the site an ancient temple c300 B.C. before a Roman Temple which followed nearby. This indicates that the area had continued to thrive as an important meeting point.

The River Crane (which we met in the last sign of Pisces at Cranford) forms the natural boundary for the border of the effigy of the ram, on its underside which flows around the heath.
Godfrey Kneller’s Jacobean Hall in Whitton is now the Military School of Music. Gunpowder Mills were also built by the river.
Sheep were once numerous in the area, giving rise to local place names such as Shepiston (now Sipson) and where the Ram has its head located where once the rural hamlet of Lambton (now spelt Lampton) centered around Spring Grove Road. Near here the enthusiastic botanist  Sir Joseph Banks, (Presisident of the Royal Society 1778-1820) chose to live and raise Marino sheep on the heath.

We are now in our 3rd year of walking the Kingston Zodiac and continue to find new connections as we move through to new levels of personal and planetary consciousness. There will be plenty of time to meet like minded people and connect with nature.

We look forward to you joining us on this Zodiac Adventure and healing walk, connecting with new friends and old acquaintances.
Love & Gratitude
Jo & Trui xx

The following walk will be into Taurus: Sunday 3rd May 2015 into Sunbury, meeting 12 noon.
Disclaimer: Please note you are responsible for your own well being on this walk and Jo Ward/Anthony Charlton are not anyway liable for you.